is a live cinematic experience exploring the psychological nature of trauma and memory in a provocative horror story for our times. Essentially my brief for the show was to create an installation that placed both the performance and the audience at the centre of a contemporary gothic ‘experiment’.

With close reference to the themes of the text at the core of the show – written by the acclaimed Mark Ravenhill – my production design involved close collaboration with composer David Chisholm, video artist Emmanuel Bernardoux and performer Mauricio Carrasco – as well as a range of lighting, sound, instrument and electronics designers.

Reflecting the themes of fragmentation, control and agency, my design was largely focused on the dispersion of media – sonically, visually and sculpturally – resulting in the development of bespoke hardware and software systems to integrate installation and performance elements – often pushing all our practices in new directions.

Video projections and lighting palettes were closely combined through the use of multiple, layered and moving screens. Live vocal effects and advanced techniques for spatializing the rich score were developed, including the creation of a 48 channel ‘speaker array’ hanging above the audience. And in keeping with the themes, each of Carrasco’s guitar solos were presented in various stages of augmentation – from a classical guitar tripod, to a Wunderkammer ‘guitar operation’, surveilled by live camera feeds, to the final eerie pathos of a ‘self-playing’ mutant robot guitar. 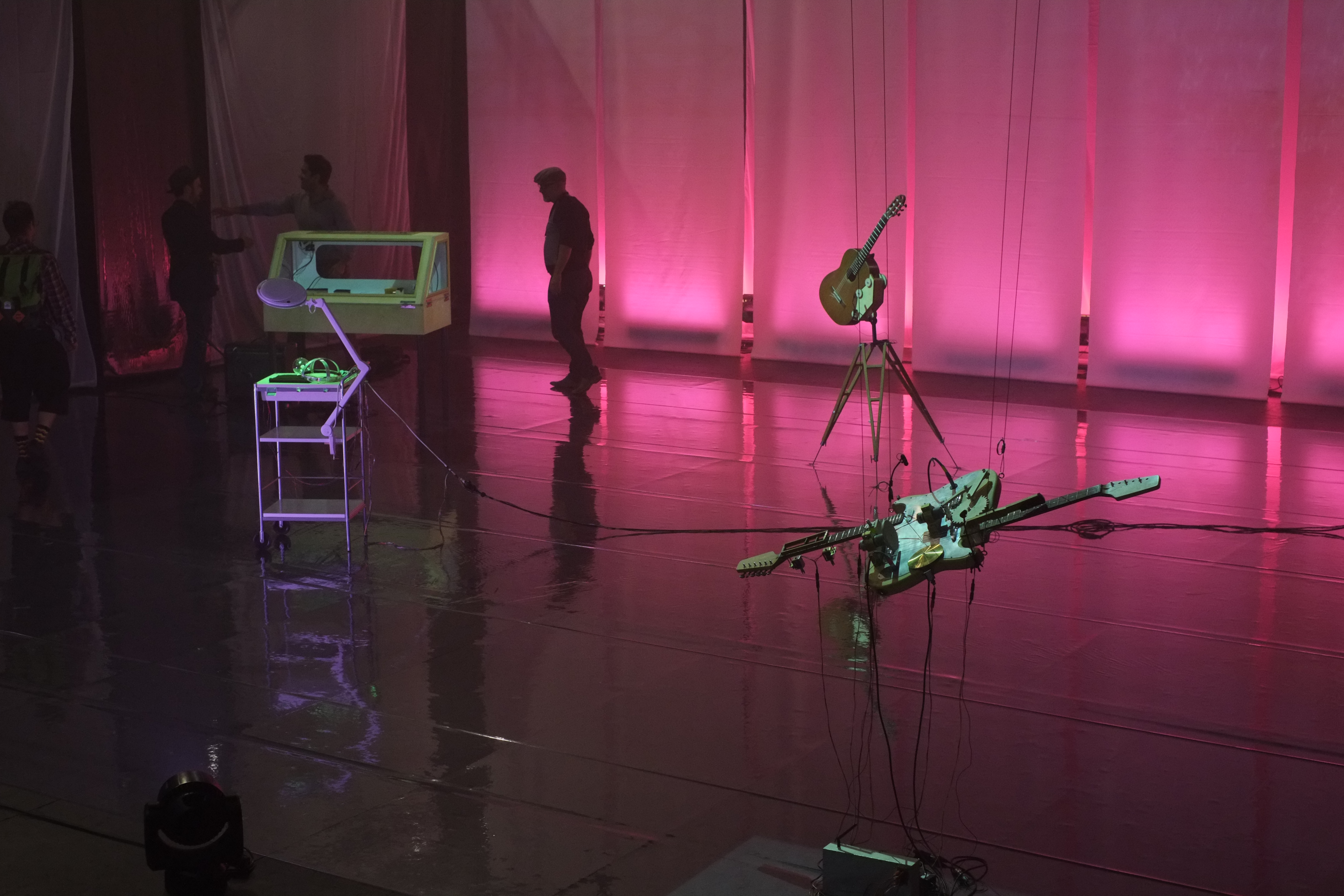 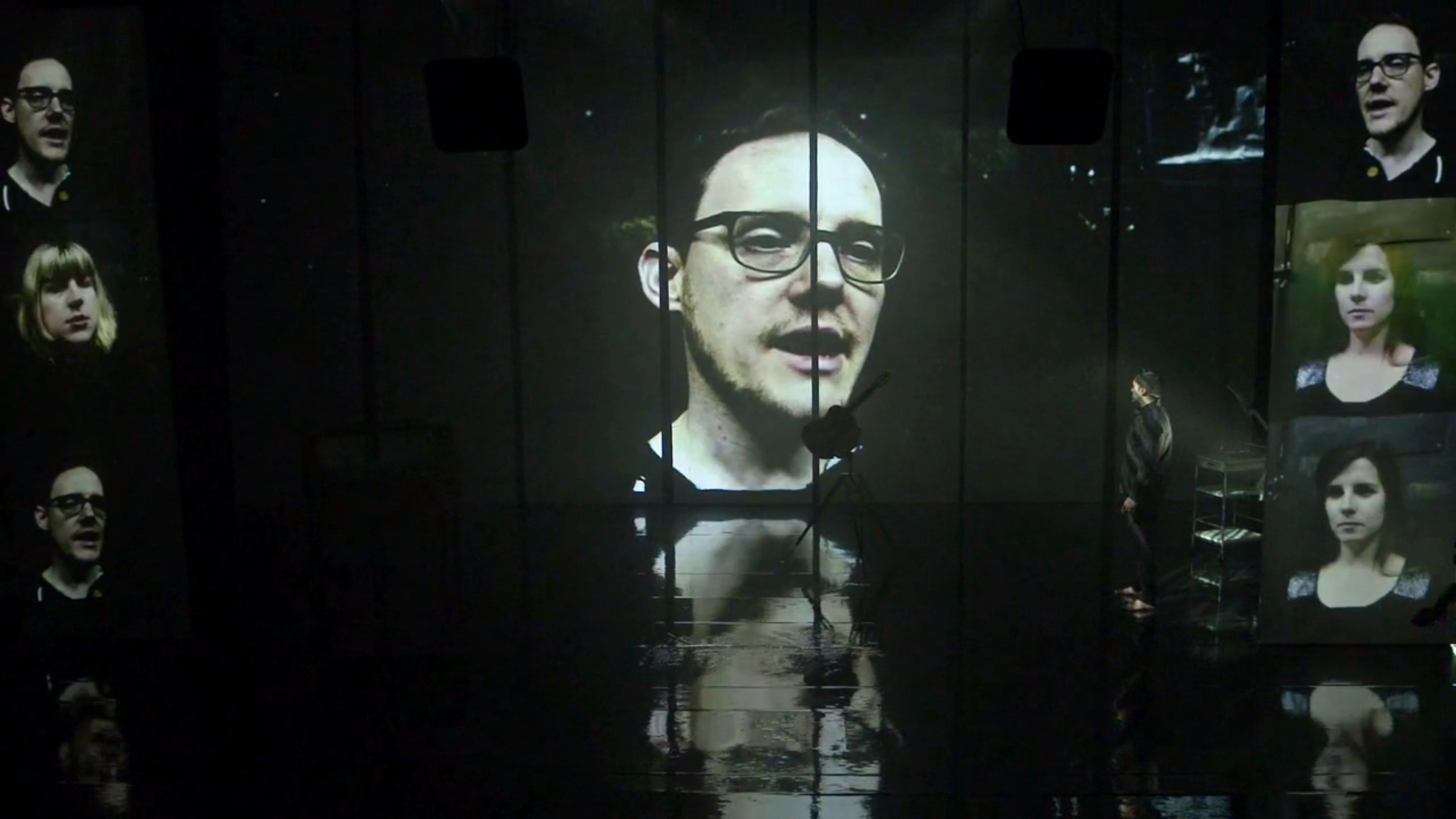 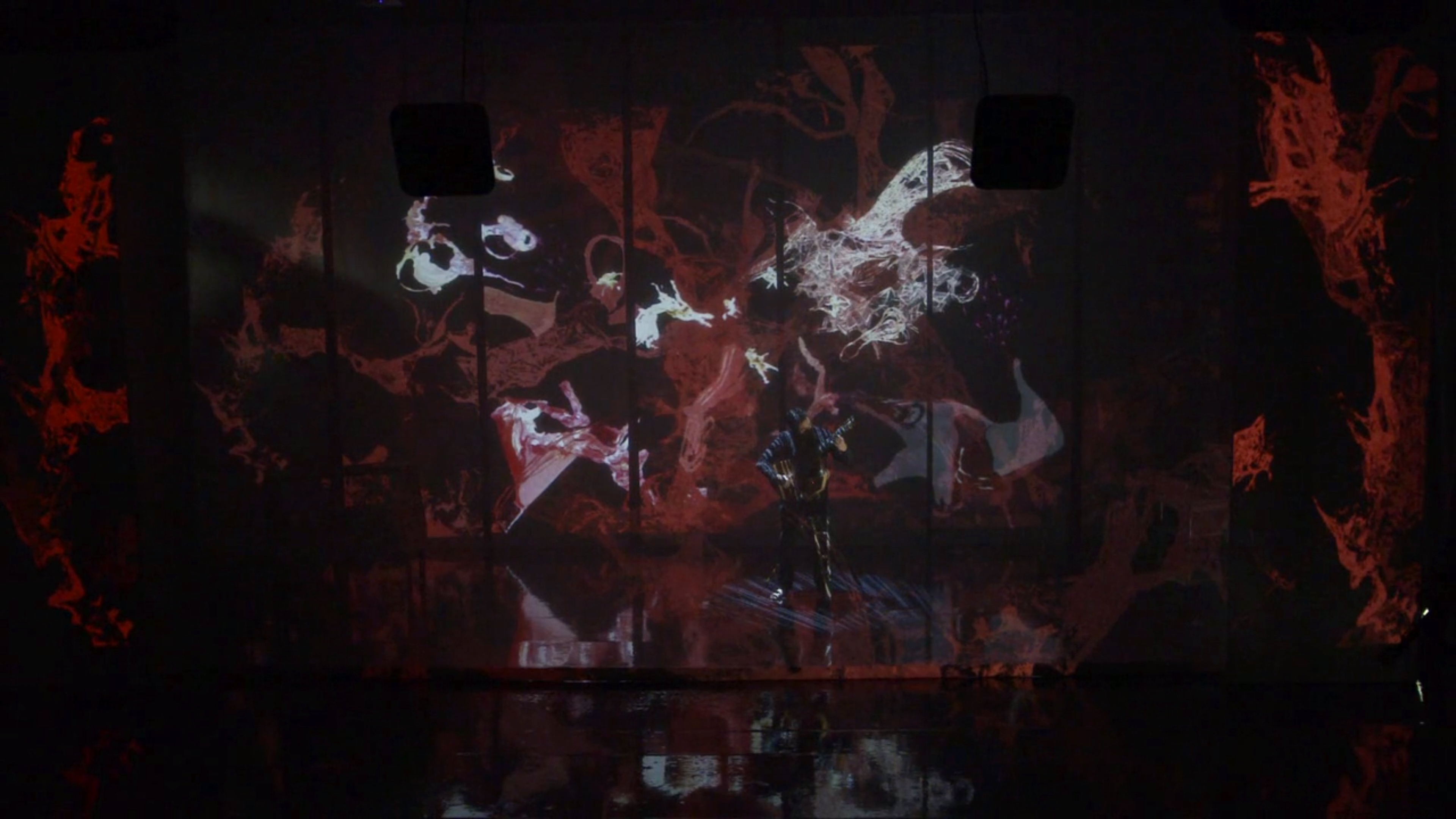 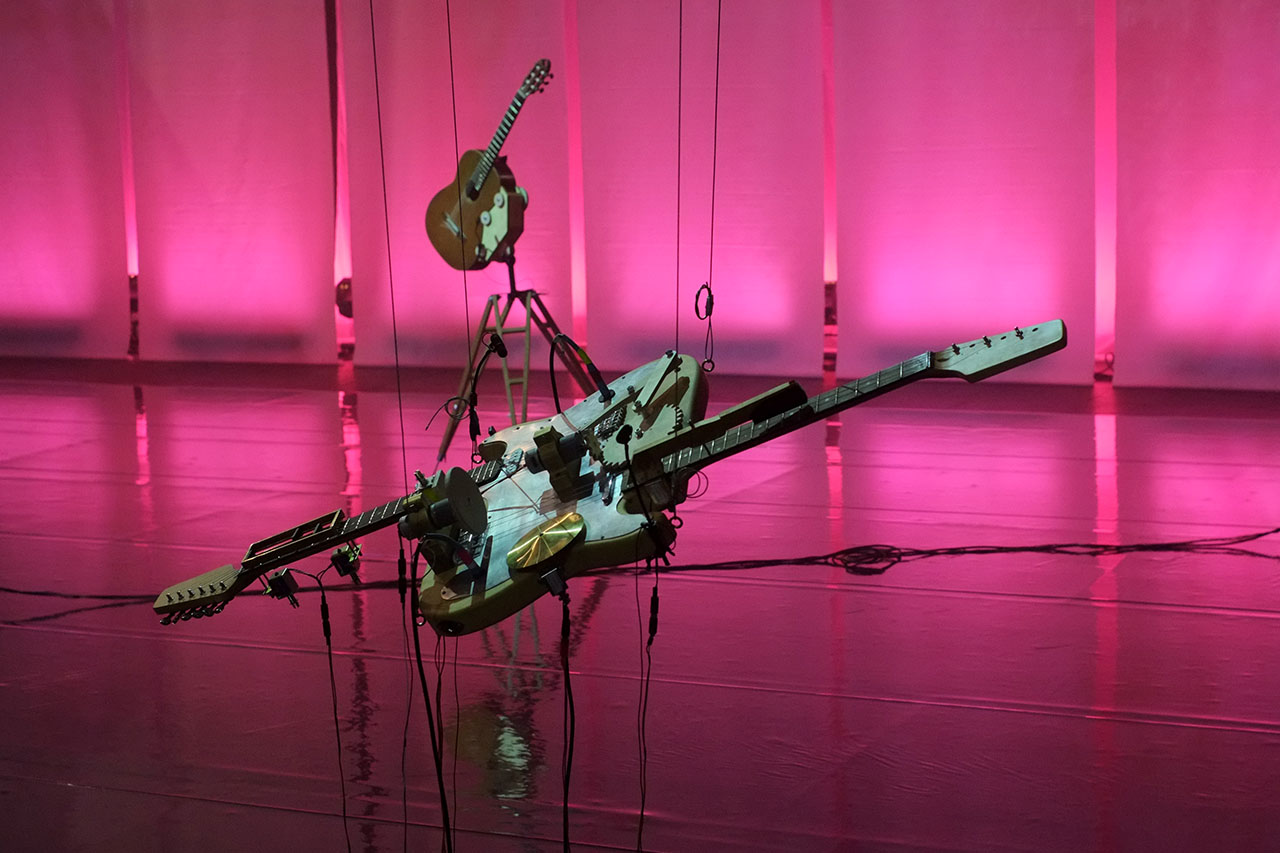 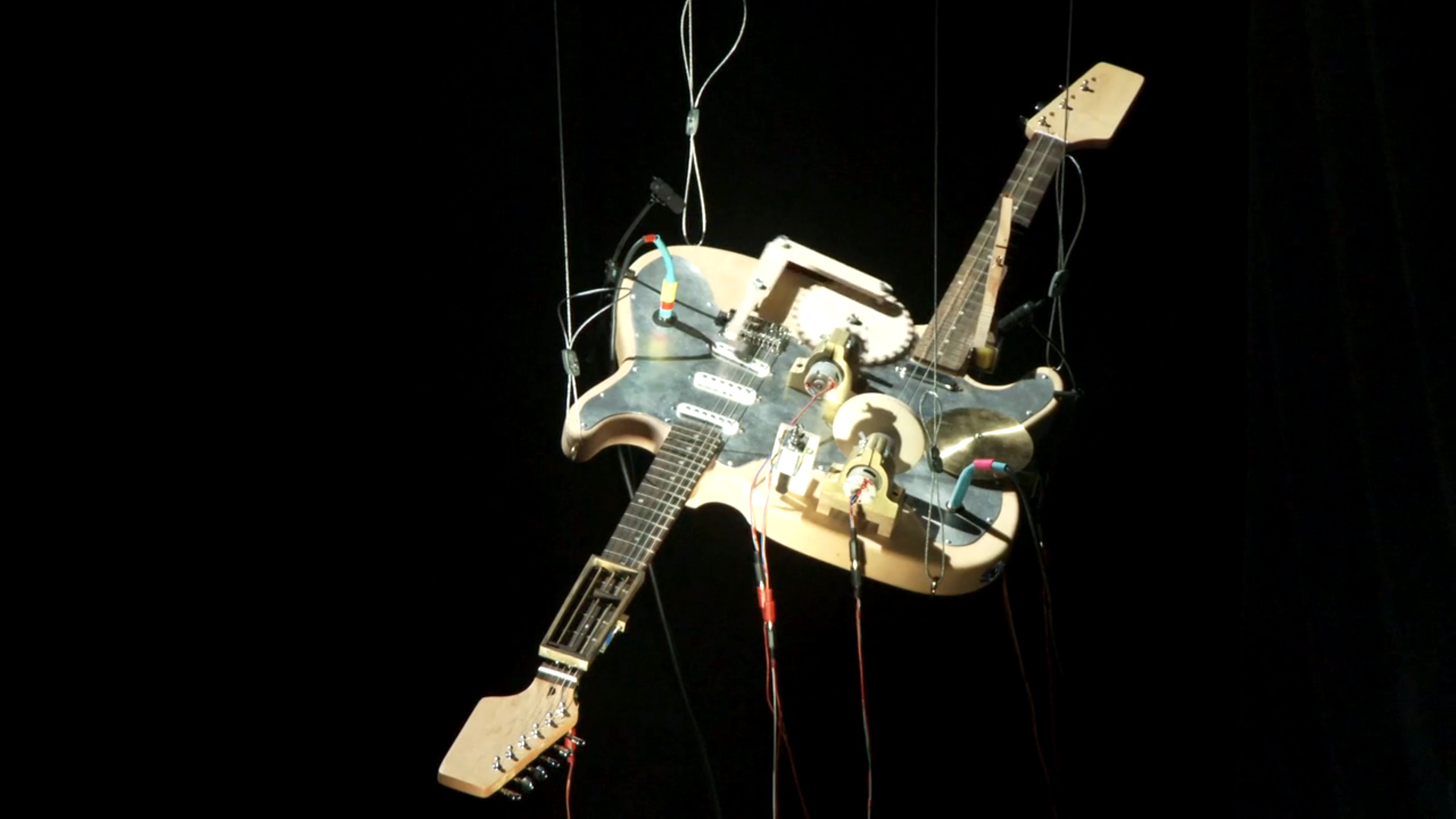 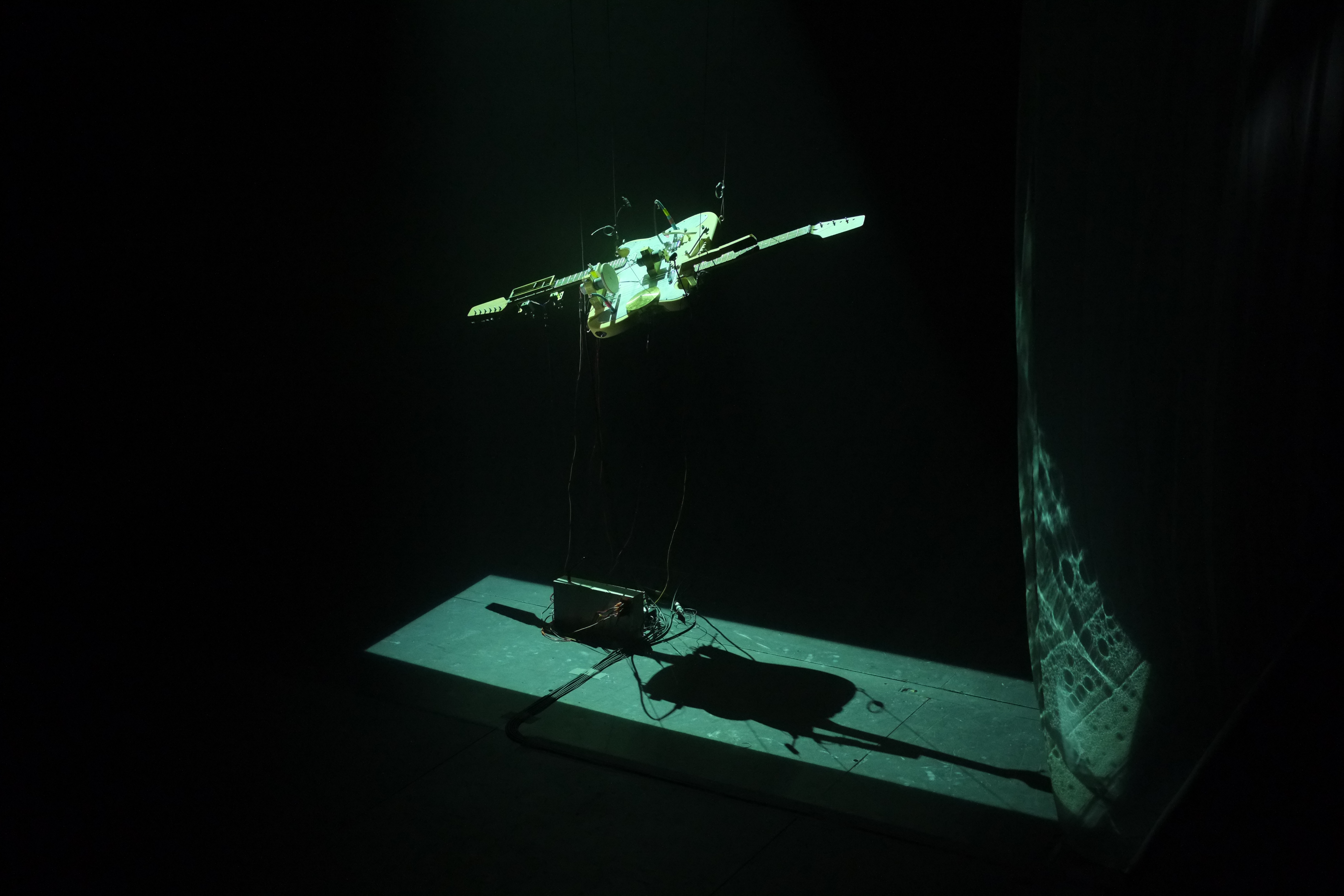 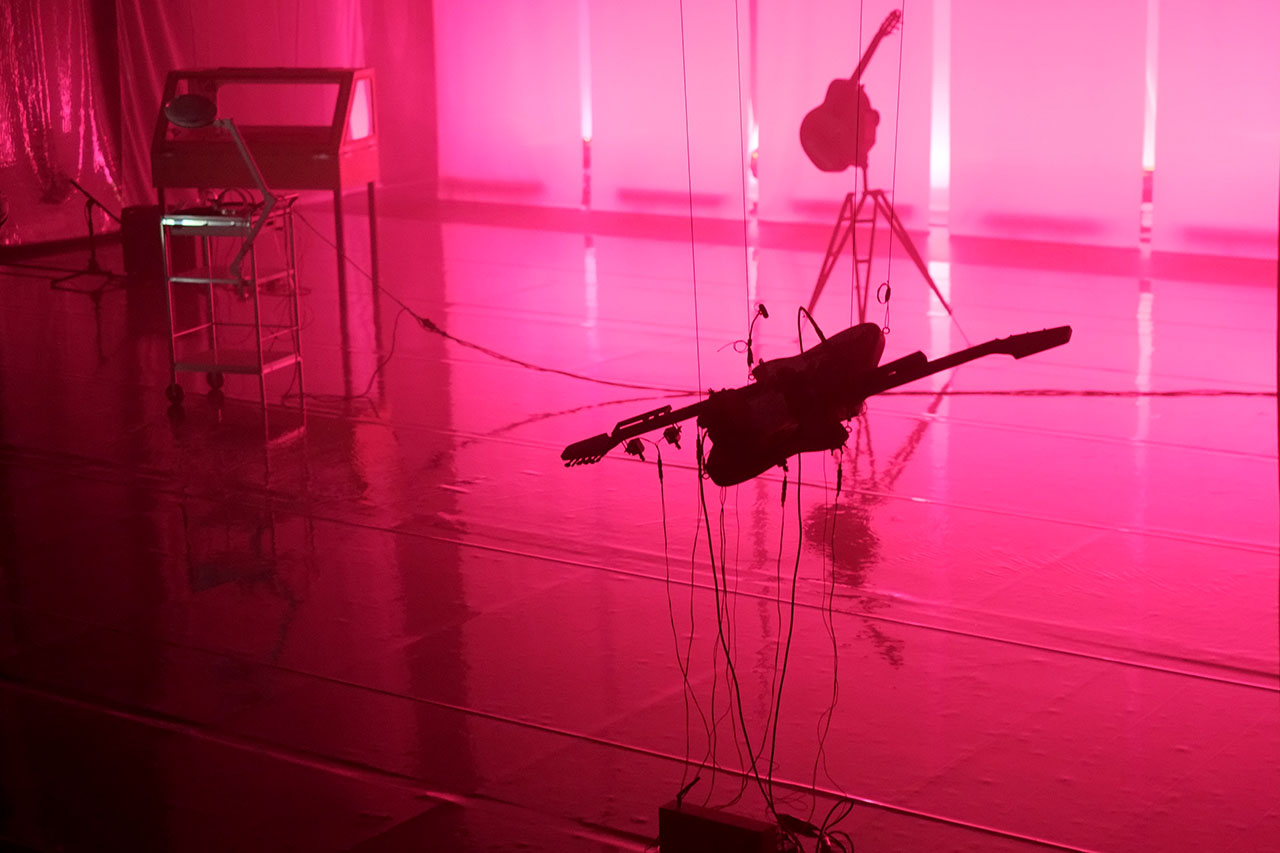 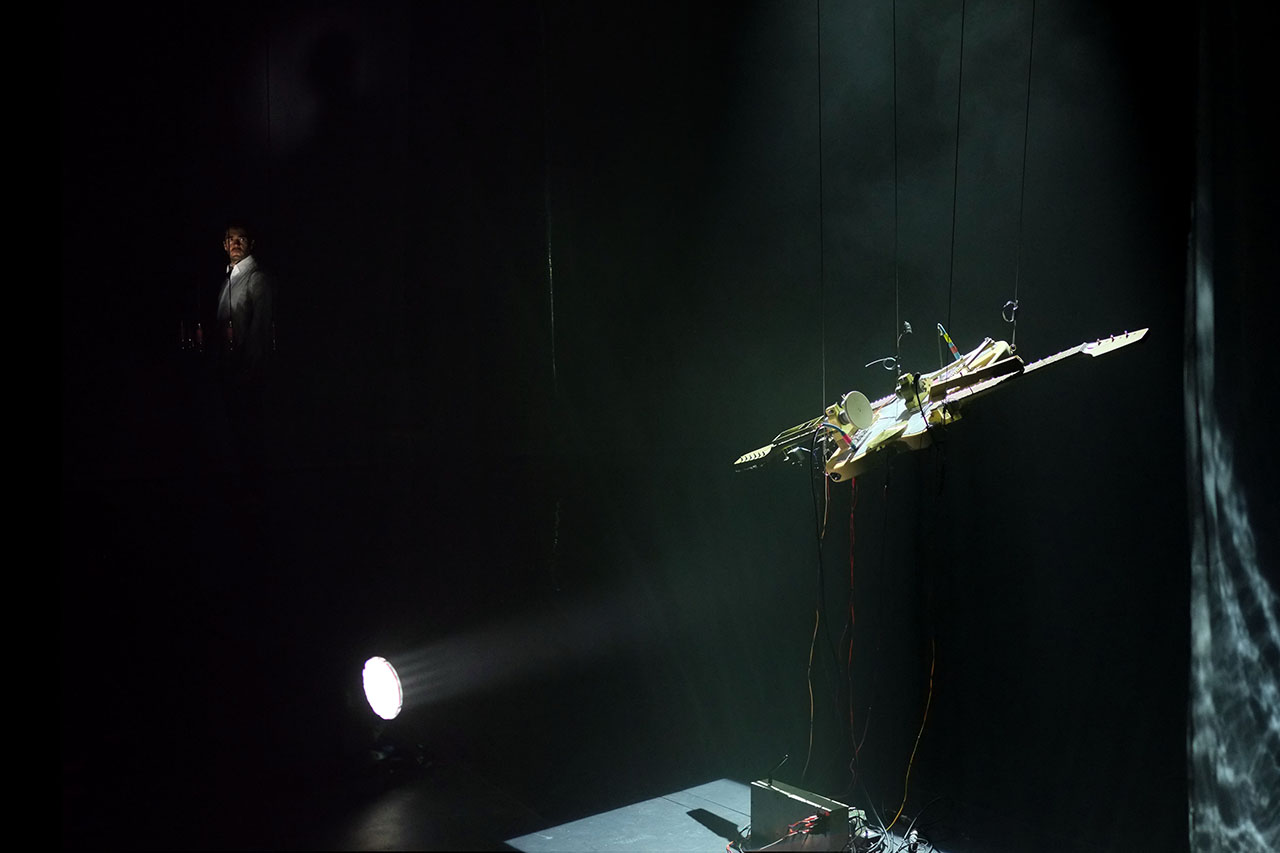 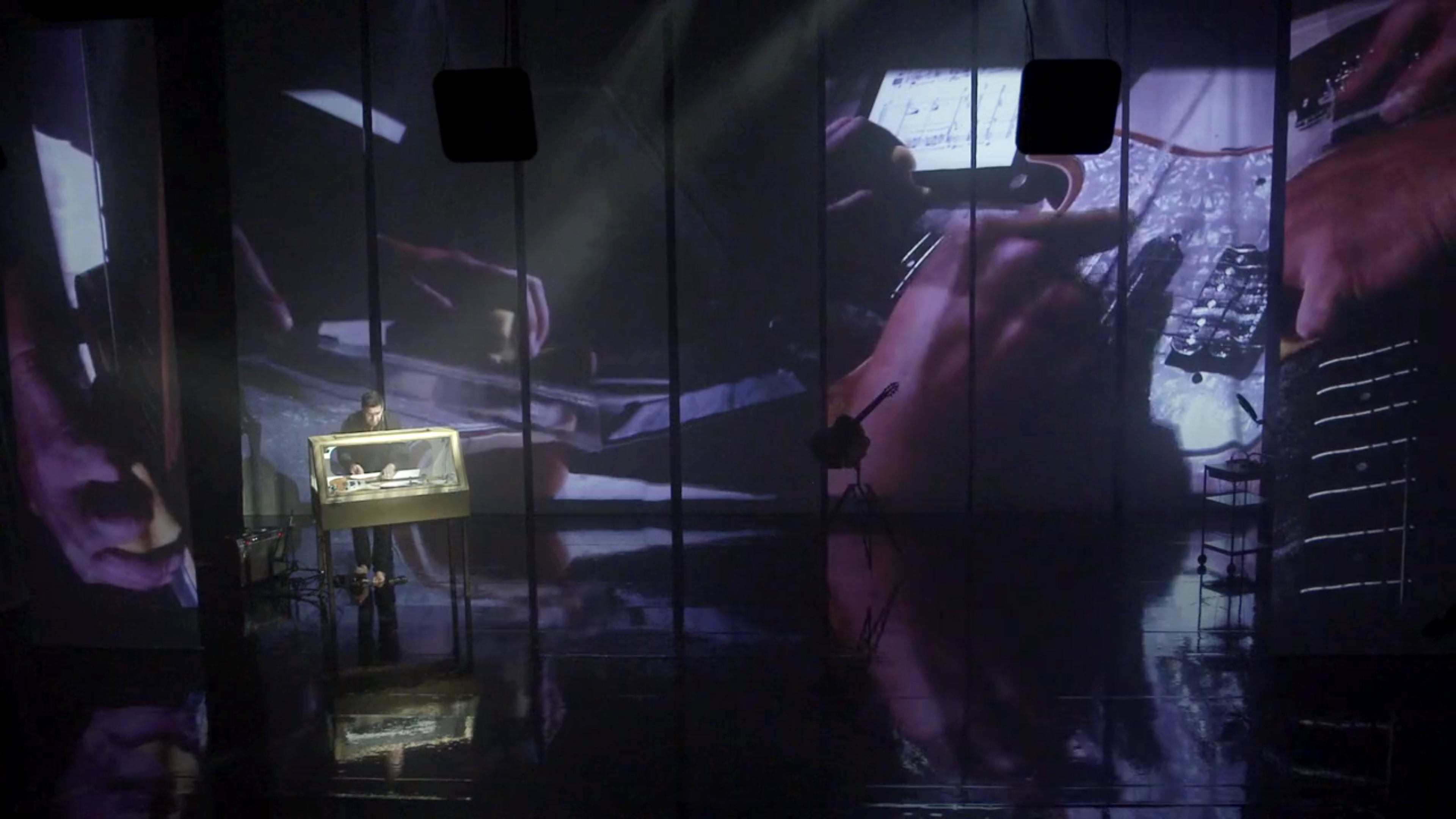 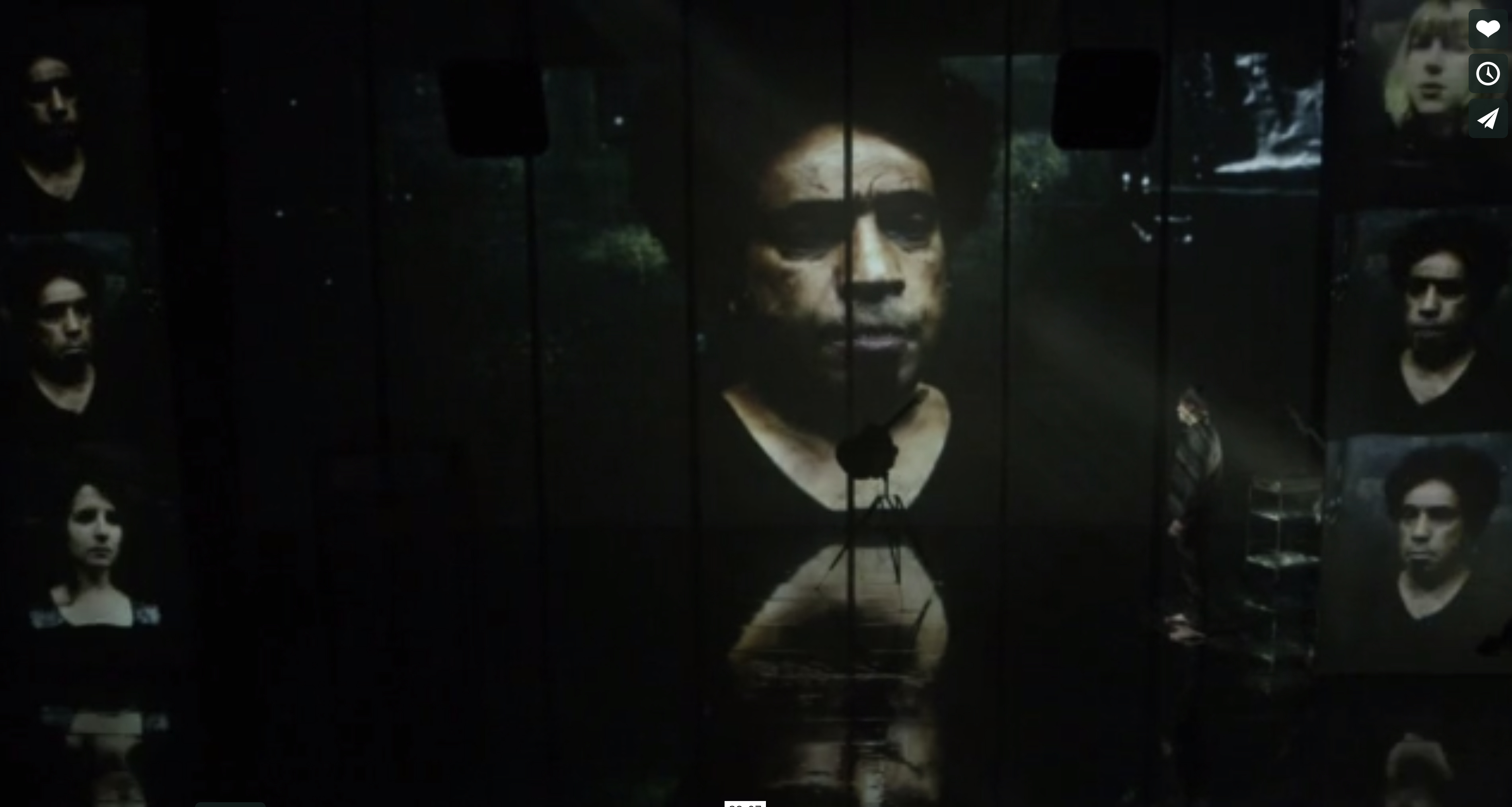 “Technically, the show is impressive. The sound and lighting in particular is excellent, adding to a sense of dread and unspeakable, unknown horror – and the final guitar interlude performed entirely by robotics is a highlight.”

“The Experiment is a milestone on this journey into the unknown, and it is with pioneering productions such as this, that dare not to merely entertain us, but to challenge and confront us, that the forward momentum of contemporary creation will continue to flow.”