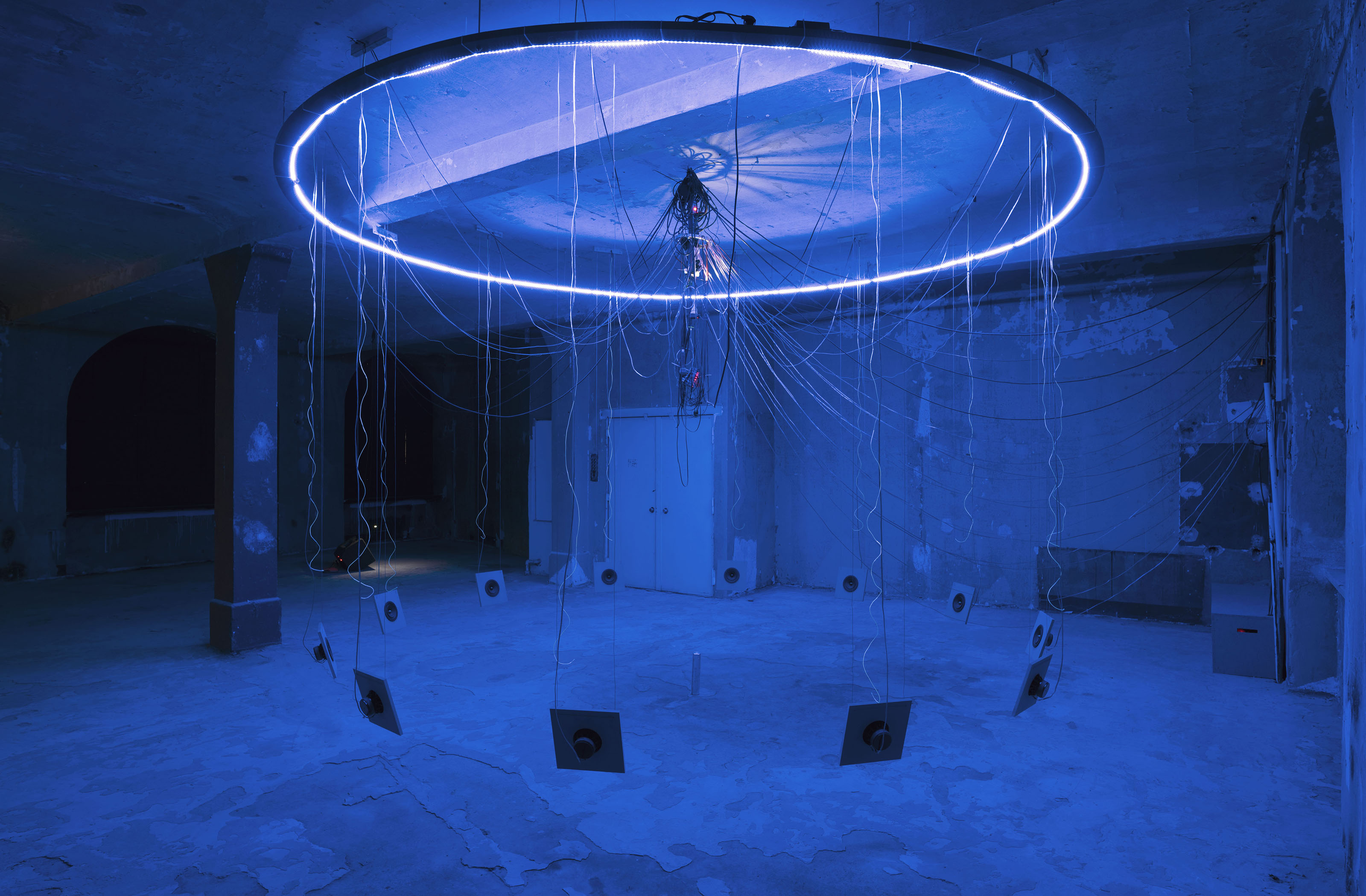 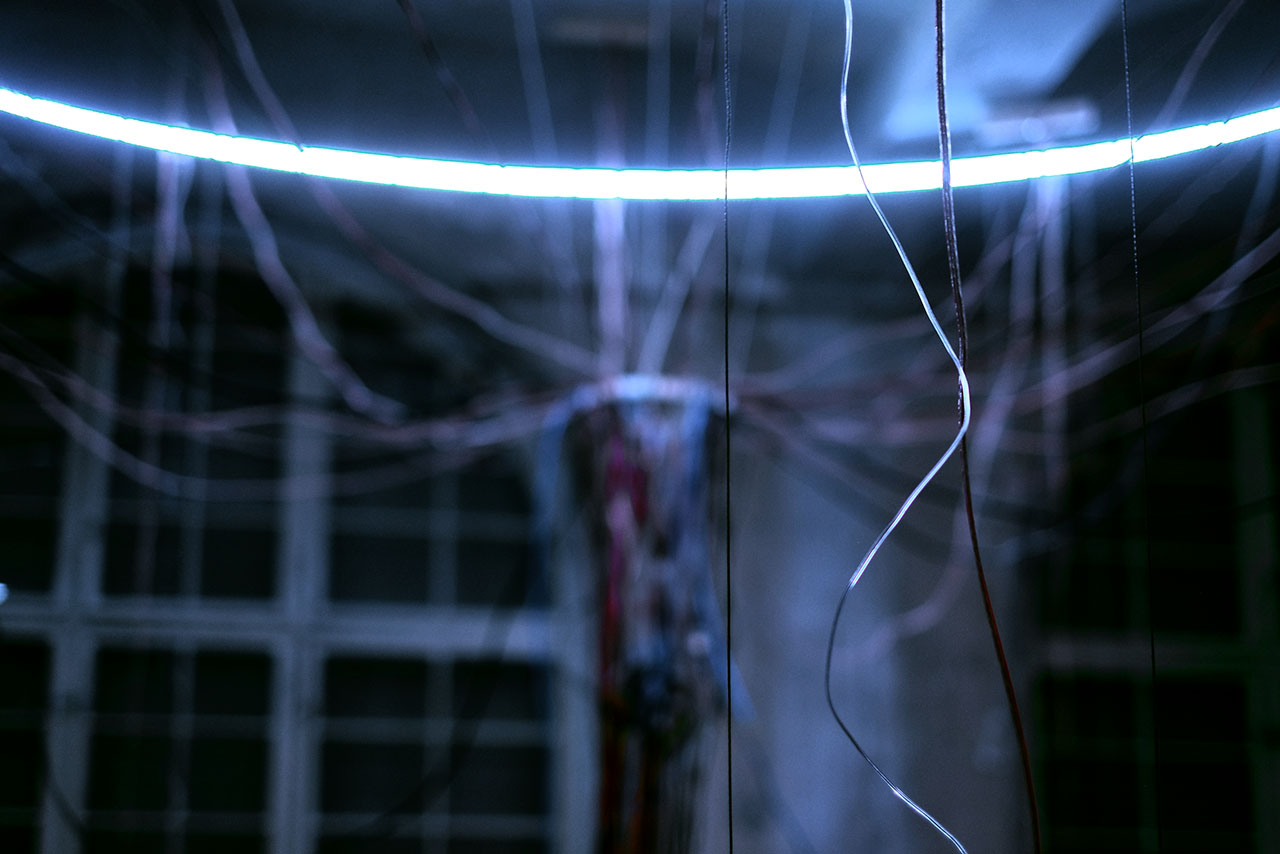 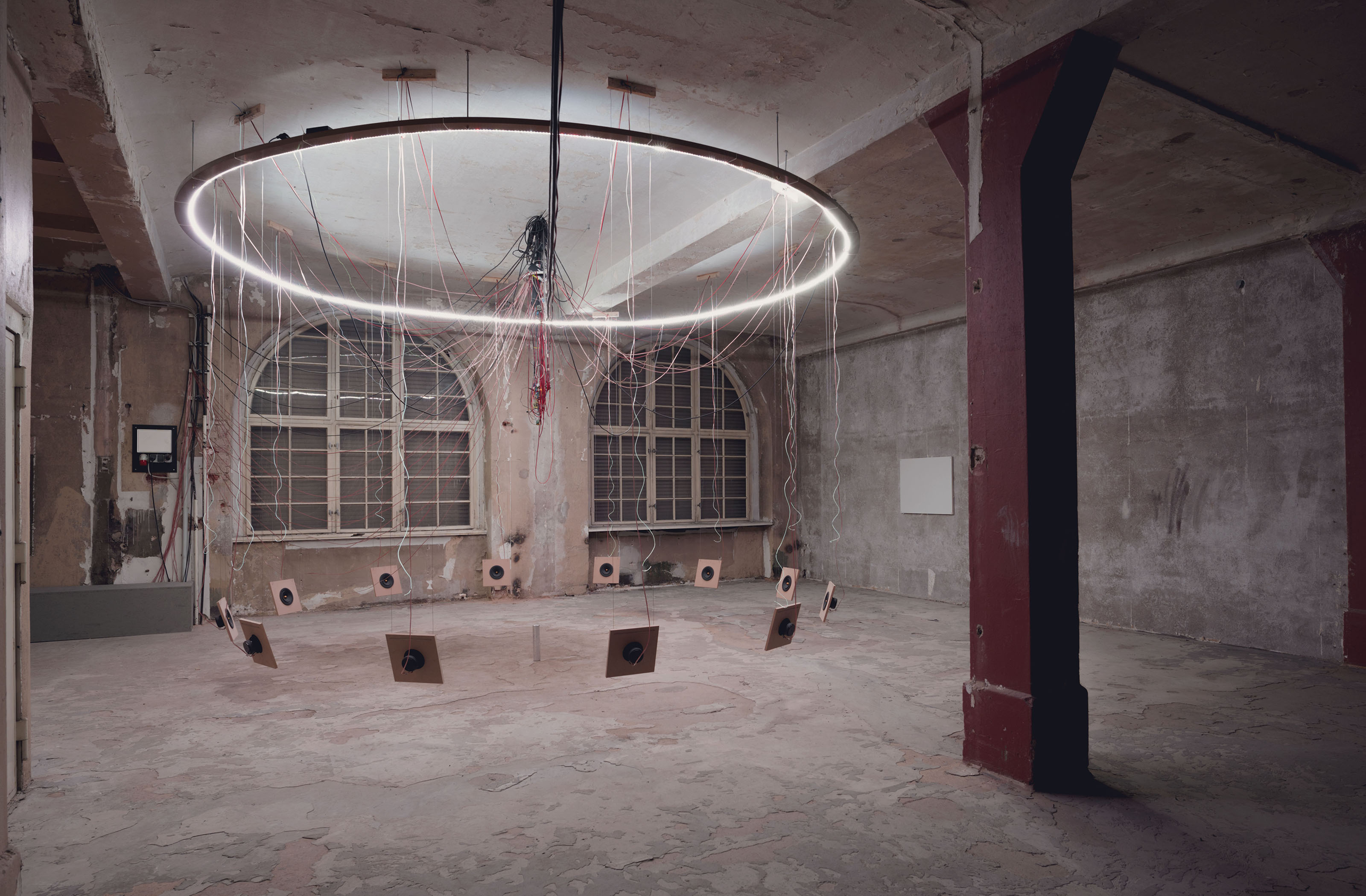 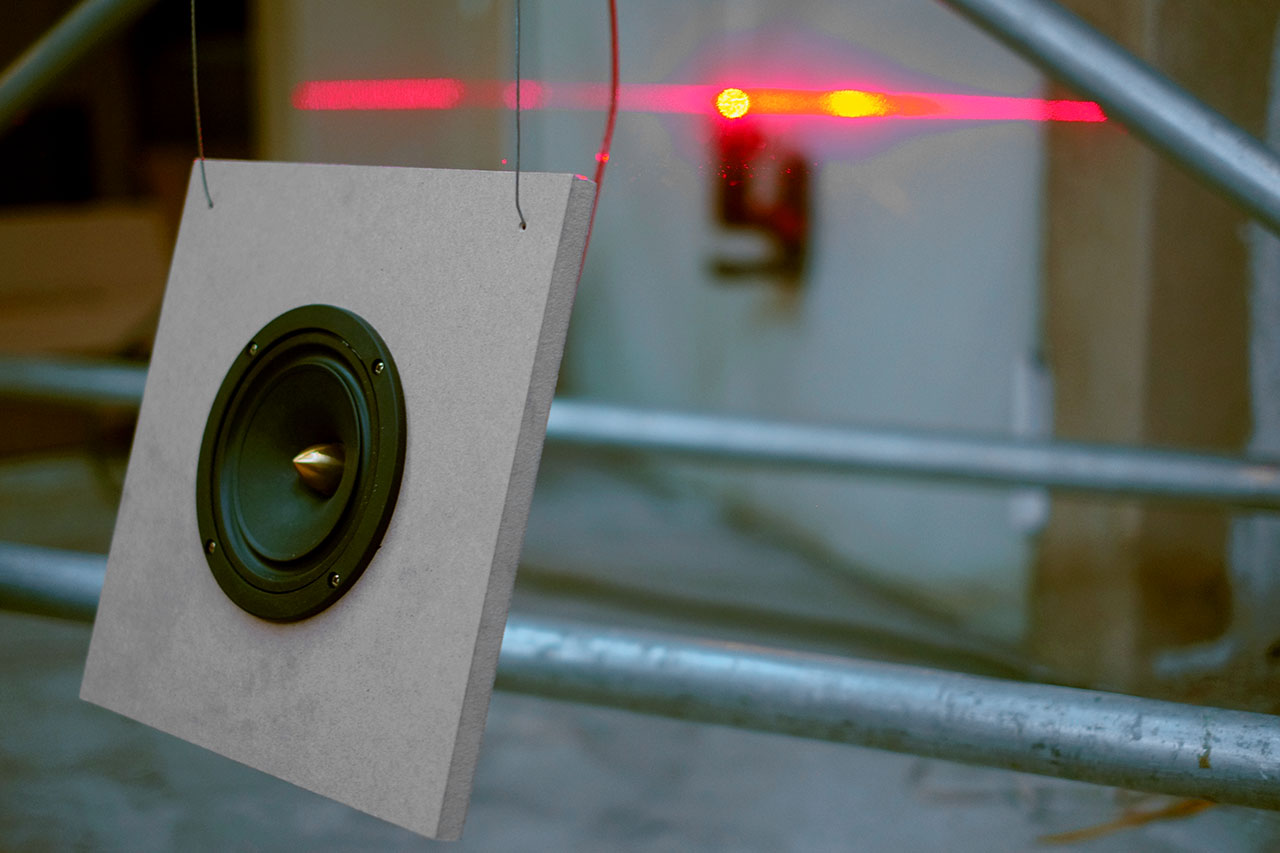 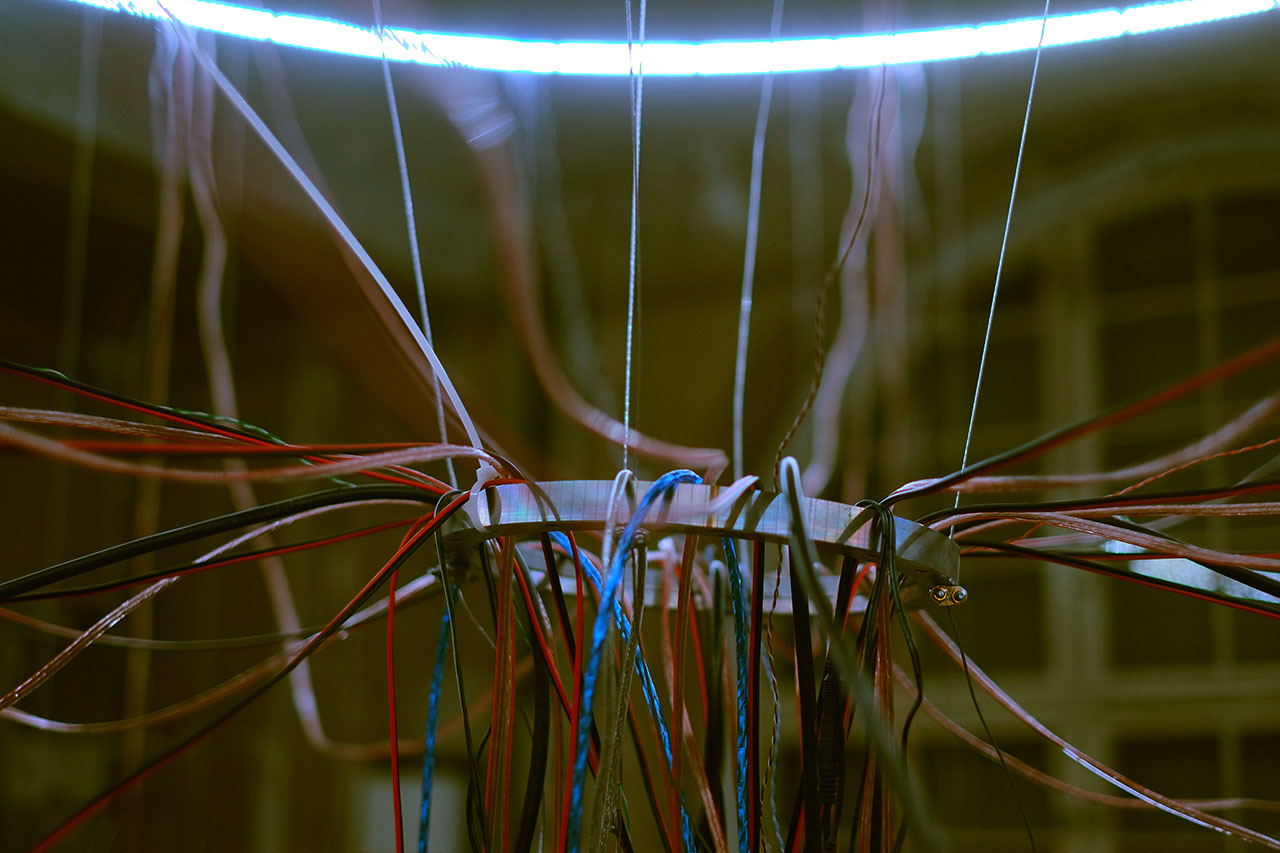 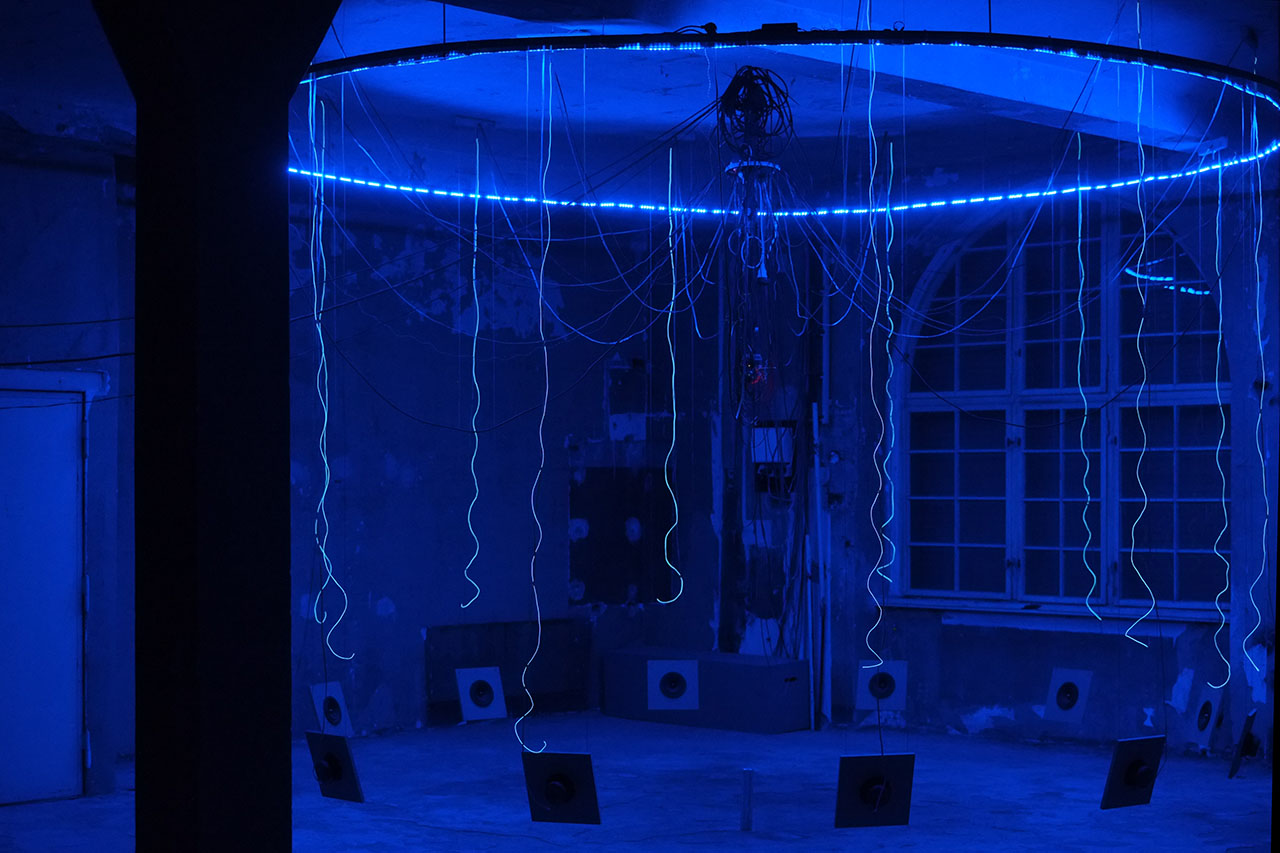 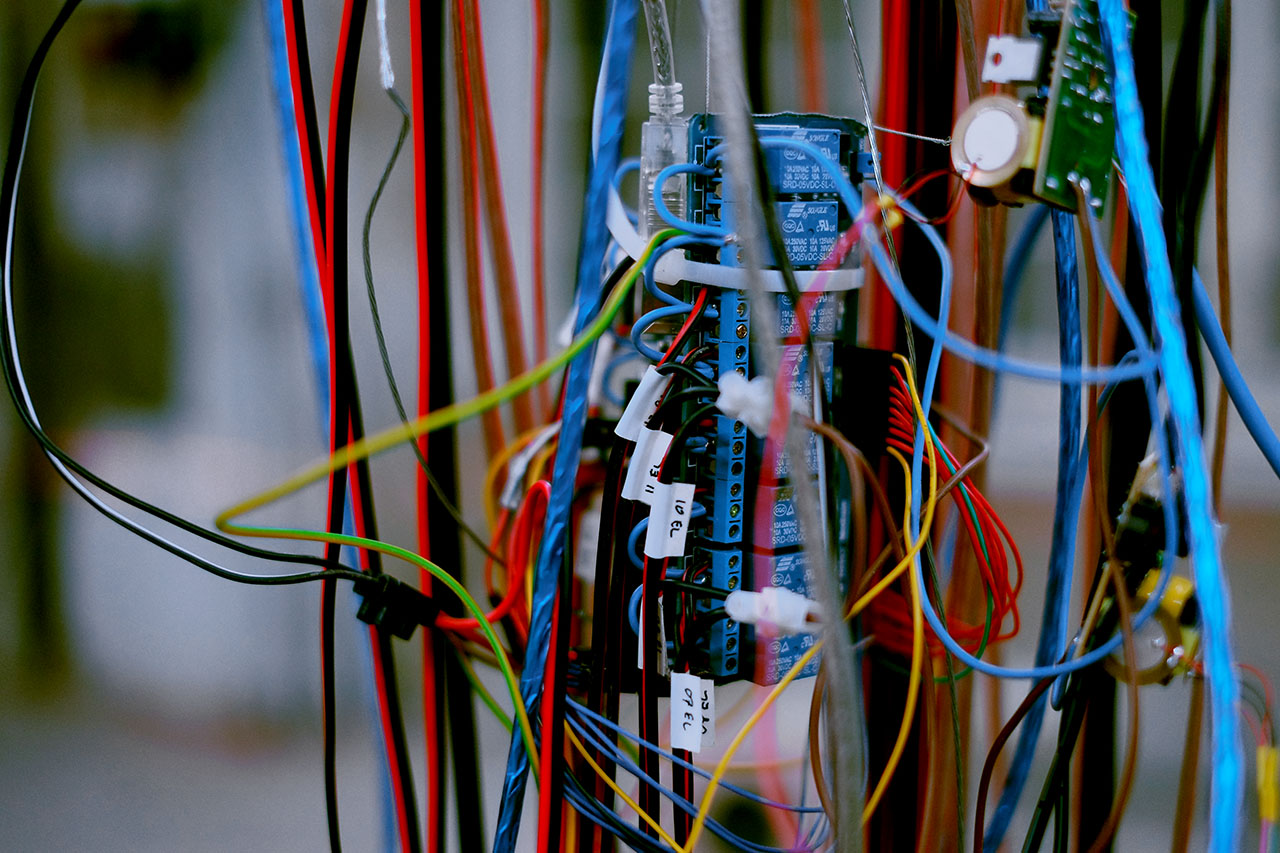 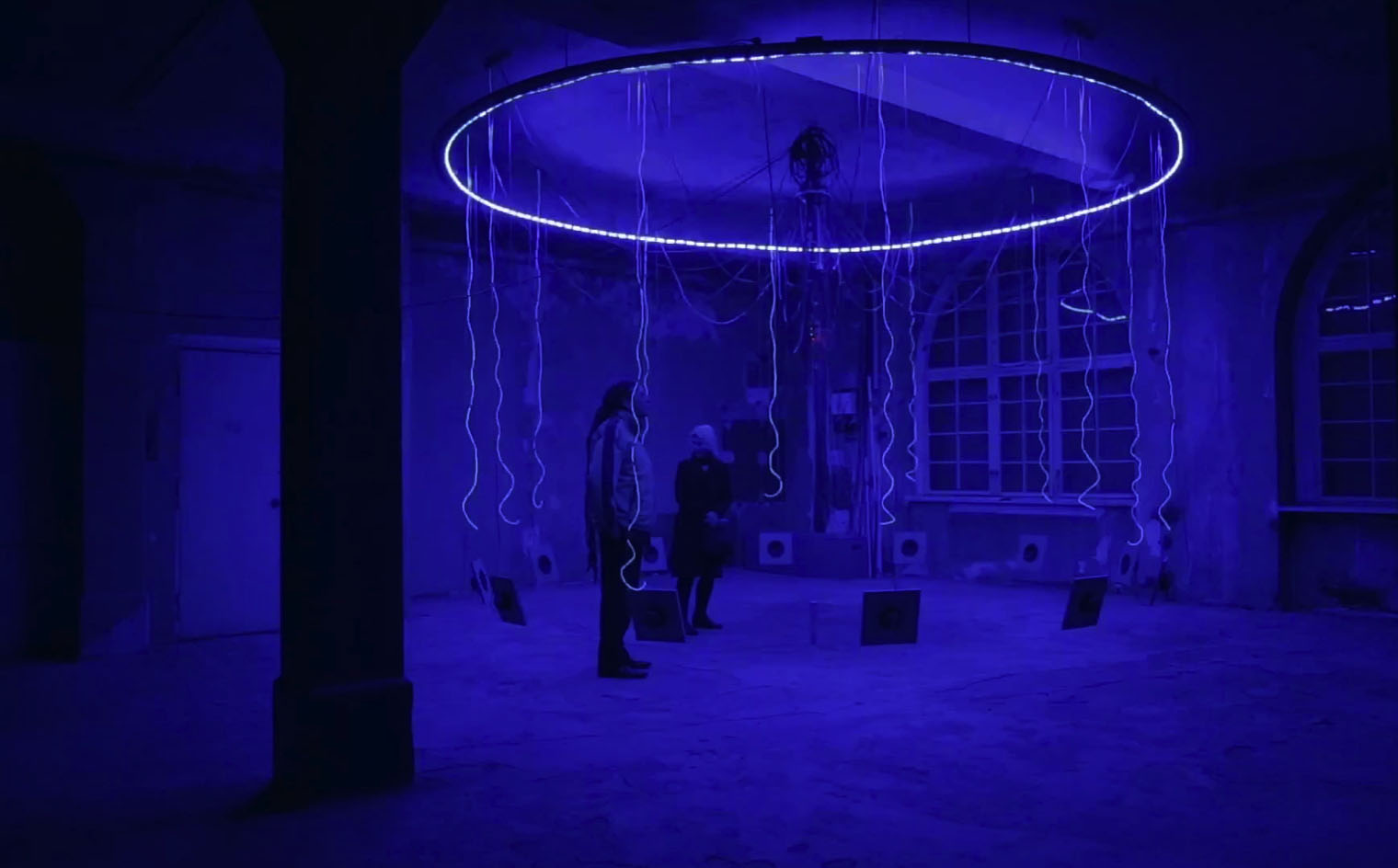 was developed during a residency at Werkleitz Gesellschaft located in Halle (Saale), Germany. The residency took place between May and October 2015 and was part of the European Media Artists Residency and Exchange Program and the Move.On. Festival (moveon.werkleitz.de/en).

Phase Orkestra arises out of research into ‘psychophysics’ – the study of the relationship between physical stimuli and bodily sensation – and an ongoing interest in the social, cultural and political role of technology in contemporary society.

Part shamanistic alien construction, and part perceptual experiment, the work is intended to mirror our relationship to technologized society. It is at once fascinating, disorienting, elusive and soothing – a complex organism comprised of wire, electronics, lights and speakers. Whilst denying any purpose, it begs to be understood in terms of utility – what is it doing? why is it here? how does it work? And in denying any ‘sensible’ answer, it draws ones attention to the senses themselves.

The original 12.1 channel soundscape has been re-mixed using ambisonic encoding for binaural listening – a process which attempts to simulate the original position of speakers and acoustics of the room. Use of headphones is highly recommended to fully appreciate these spatial effects.

The video on the left is a 2 min edit of the original 18 min installation. A full un-edited version can be viewed on Vimeo.

Phase Orkestra was realised within the framework of EMARE AUS CDN / move on commissioned by Werkleitz Gesellschaft with support of the Culture Program 2013 of the European Commission and the Goethe-Institut.