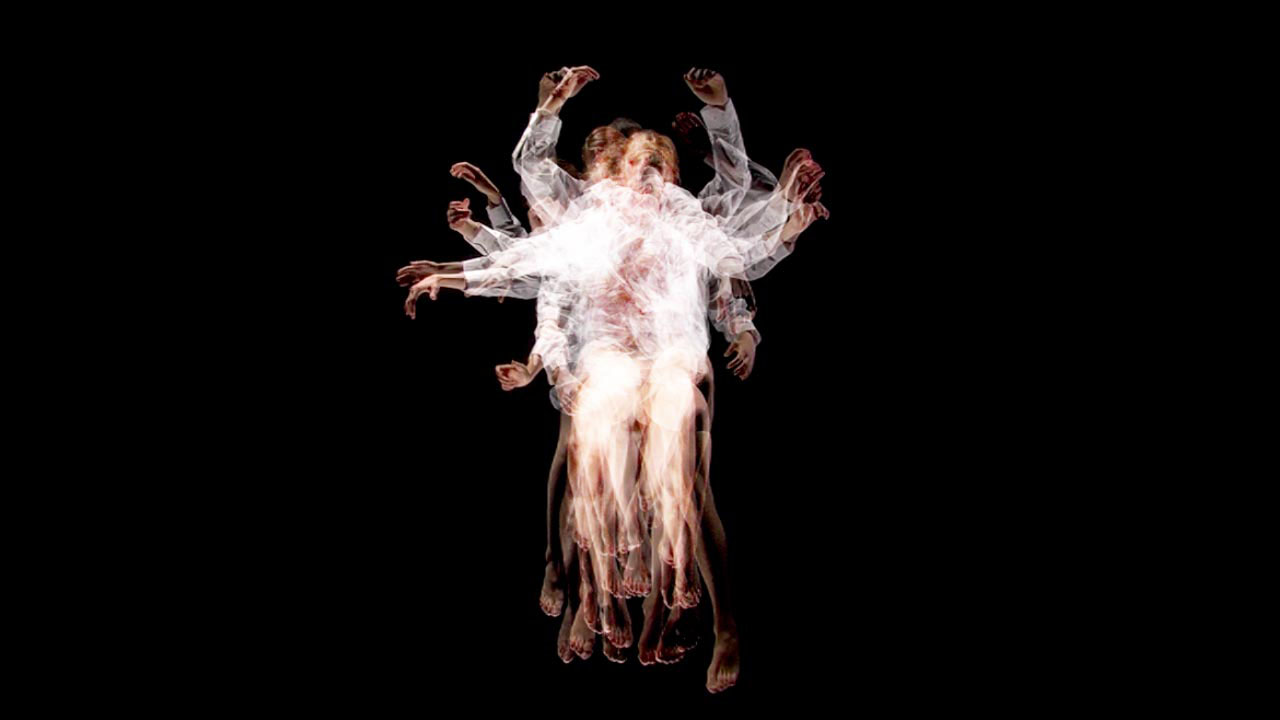 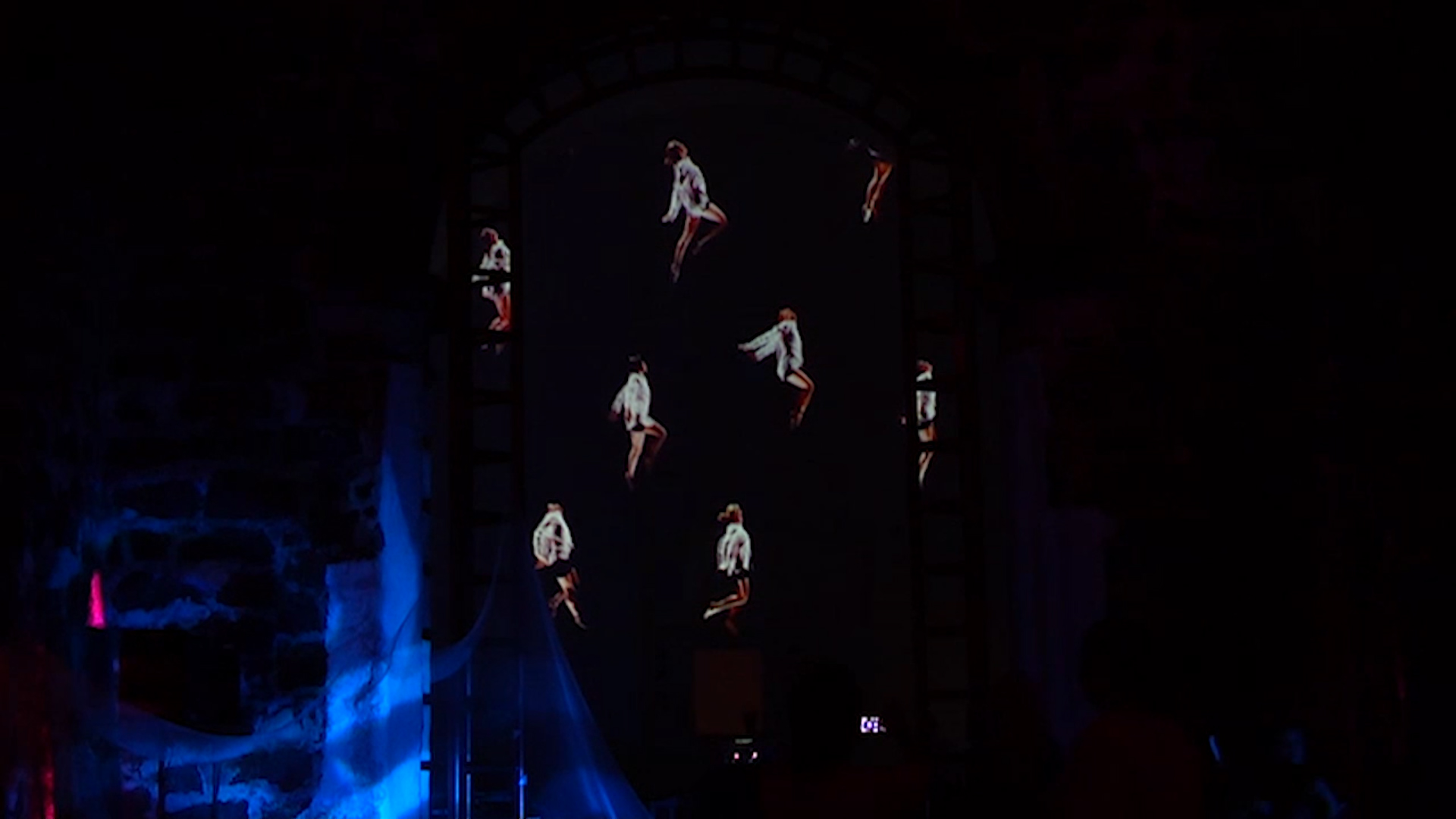 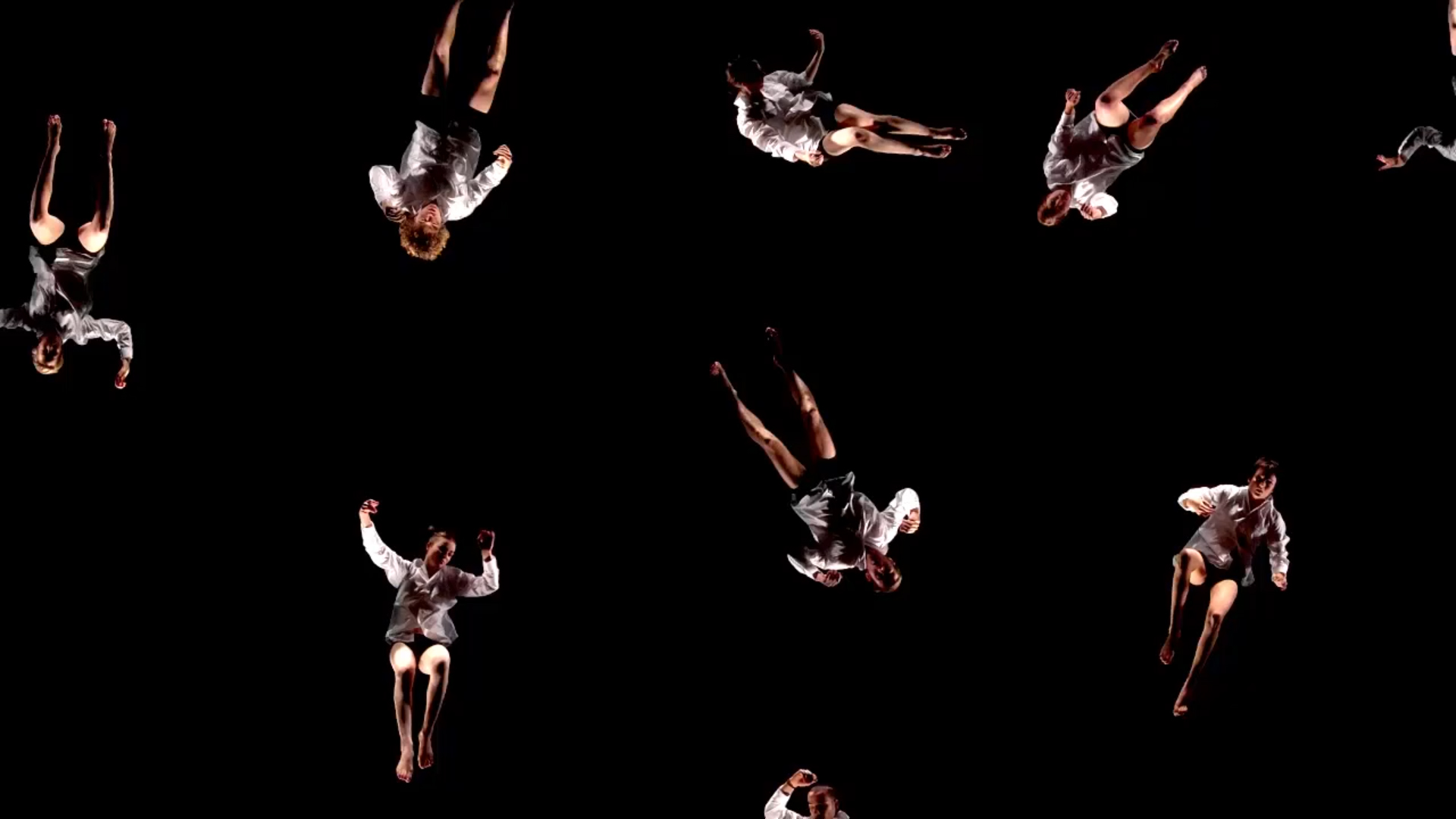 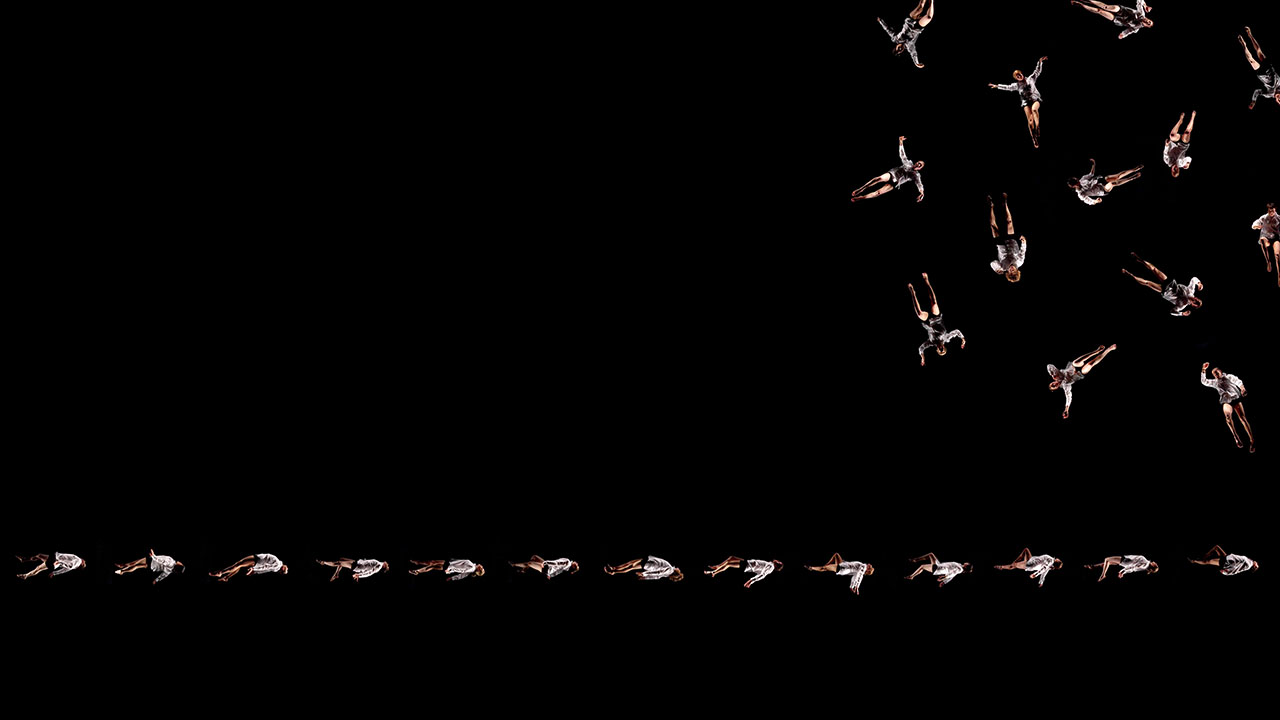 is the first of several works exploring the boundary of banality and the sublime through the synthesis of physical and digital choreographies. It has been shown in both single and multi-channel formats in Melbourne (2007), Sydney (Carriageworks, 2008), Malaysia (Melaka, 2009) and Taiwan (Museum of Contemporary Art, Taipei 2012).

Essentially laying on the floor, each dancer was filmed individually with the camera situated above them. Since the dancers were literally ‘grounded’, the illusion of flying, falling and floating is all the more extraordinary – forced to move their bodies ‘naturally’ in the most unnatural of poses. The set was painstakingly lit, so that the black background could be used without any keying or chroma effects.